Ulpian and Cicero on Internet Security 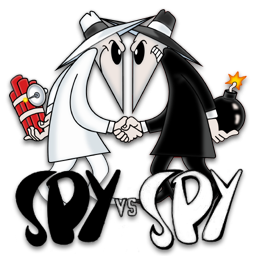 A strange thing happened the other day. On one of the main Classics-related listservs, the Liverpool-based ‘Classicist list‘, an email that contained several internal, private email messages (that clearly were never intended to be seen by anyone other than their respective recipients) was sent out to the entire mailing list. Its content, once it was leaked into the public domain, was of a nature to cause significant embarrassment to those mentioned and/or involved in said email – a nightmare for everyone involved.

As became clear relatively quickly, this incident was not one of those regrettable, yet common ‘reply all and accidentally make a complete fool of yourself’ mishaps. Much rather, it was pointed out, the incident was the result of what appears to have been a deliberate, malicious act that involved the hacking and promulgation of emails through an open mail relay, cautiously concealing the perpetrator’s true identity.

The incident – the traces of which were (thankfully) removed from the listserv’s archive in due course by its strenuous administrator – raises a number of questions, legal and internet-security-related, and one must hope that the guilty party will have to face the consequences. But who can press charges? The sender? The recipient(s)? The owner of the hacked email server? Anyone else whose name thus entered the public domain (whether in a potentially face-threatening manner or not)? All of the above?

If a letter which I have sent to you should be intercepted, who will have a right to bring the action for theft? And, in the first place, it must be ascertained to whom the letter belonged, whether to the person who sent it, or to him to whom it was despatched. If I gave it to a slave of him to whom it was sent, it was immediately acquired by the latter. If I gave it to his agent, this is also the case, because, as possession can be acquired by means of a free person, the letter immediately became his property; and this is especially true if he was interested in having it. If, however, I sent a letter which was to be returned to me, it will remain mine, because I was unwilling to relinquish or transfer the ownership of it. Who then can bring the action for theft? He can do so who is interested in not having the letter stolen, that is to say, the individual who was benefited by what it contained. Therefore, it may be asked whether he, also, can bring the action for theft to whom the letter was given in order to be conveyed to its destination. He can do so if he was responsible for the safe-keeping of the letter, and if it was to his interest to deliver it he will be entitled to an action for theft. Suppose that the letter stated that something should be delivered to him, or done for him; he can then bring an action for theft, if he assumed responsibility for its delivery, or received a reward for carrying it. In this instance, he resembles an inn-keeper, or the master of a ship; for we grant them an action for theft, if they are solvent, as they are responsible for property.

In the interest of those affected by the Classicist-list incident, one must hope that the guilty party will be found – and that, if and when it comes to that stage, the judges involved will show similar diligence in their approach to that displayed in the Digest – equating the role of the hacked email server to that of the servus or procurator.

Legal matters to one side, there is little effective protection against the (by now omnipresent, proactive, and systematic) undermining of what once was supposed to be a fundamental legal principle, the secrecy of correspondence – a principle infringed by inquisitorial authorities, paranoid employers, shameless corporations, and criminal others ever since ancient times:

I wrote to you and sent a number of messengers to Rome. I also wrote a despatch to the senate, which I said was not to be delivered until it had been read to you—if by any chance my messengers have chosen to obey me. If these letters have not reached you, I have no doubt that Dolabella, who seized the government of Asia after the abominable murder of Treboinius, has caught my letter-carriers and intercepted the despatches.

Little – far too little – has been done recently to defend this principle: a widespread discourse of fear and intimidation has rendered the citizens even of non-totalitarian states ready to surrender a fundamental right of theirs, and, as ultimate cycnicism, left them prepared to be grateful for it, too.

What is the solution? Is it simply a matter of being more cryptic in one’s emails (if one cannot trust the security of the medium), as Cicero – mutatis mutandis – suggested (Cic. Att. 1.9, transl. E. Shuckburgh):

I get letters from you far too seldom considering that you can much more easily find people starting for Rome than I to Athens: considering, too, that you are more certain of my being at Rome than I of your being at Athens. For instance, it is owing to this uncertainty on my part that this very letter is somewhat short, because not being sure as to where you are, I don’t choose my confidential talk to fall into strange hands.

Or does Cicero give better advice still in another letter to Atticus (Cic. Att. 10.8.1, transl. D. R. Shackleton Bailey)?

As the nature of the case warns us, as you have pointed out, and as I see for myself, it is time for us to give up writing on topics which would be dangerous if intercepted.

In the end, it is not a necessarily matter of stopping speaking one’s mind and communicating difficult matters. Yet, the potential (and proven) vulnerabilities of electronic (and more generally: written) communication clearly must be considered at all times, as each and everyone of us, completely out of the blue, could become the next victim of such malicious activity.

In that regard, the now rather old-fashioned approach of ‘talking to each other’, without leaving written traces, may not have been such a bad idea after all.

Berliner. Classicist. Scatterbrain.
View all posts by Peter Kruschwitz →
This entry was posted in Prose and tagged Big questions, Cicero, Secrecy of correspondence. Bookmark the permalink.
%d bloggers like this: