Ed Miliband, Labour’s hapless frontrunner for the General Election 2015, is responsible for the creation of an inscription that details his pledges and that was set to be installed in the Downing Street Rose Garden – had he been successful.

‘Carved in stone,’ Mr Miliband said. Do I hear ‘rock-solid’? Or even a ‘the writing is on the wall’…?

An epigraphic cliché festival is looming!

Now, however, that Mr Miliband was unsuccessful in his bid for Britain’s political leadership, the massive structure – the slab is some 8ft 6 inches (i. e. approximately 2,60 metres) tall! – won’t be needed for its original purpose.

After all, it seems unlikely that David Cameron will find it in his heart to agree to most of these pledges (however indistinguishable some of them are from his own).

As Mr Miliband and the Labour party may find it rather too painful to cling to this monument as a keepsake (the defeat was rather crushing after all), they may be grateful for some gratuitous, unsolicited, yet well-meaning advice on what to do with inscribed monuments that are no longer needed.

Considering the extent of Labour’s defeat, one option could be to do as the Athenians did after the Persians had laid waste to the city – to bury damaged and destroyed objects of worship ceremoniously and start rebuilding structures on top:

Alternatively, here are some examples of what became of inscribed objects of the Romans after they became available for recycling: 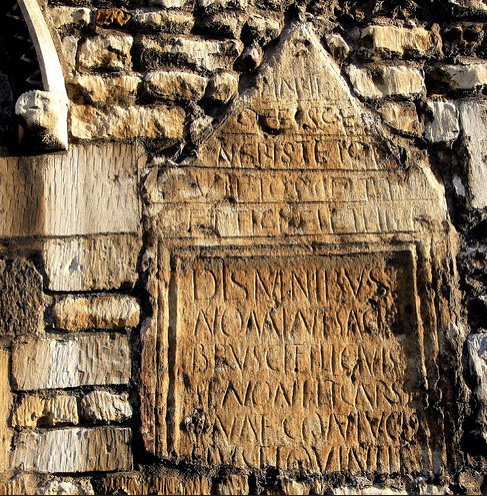 Spolia inserted into the wall of the cathedral of Pisa. – Photo PK. 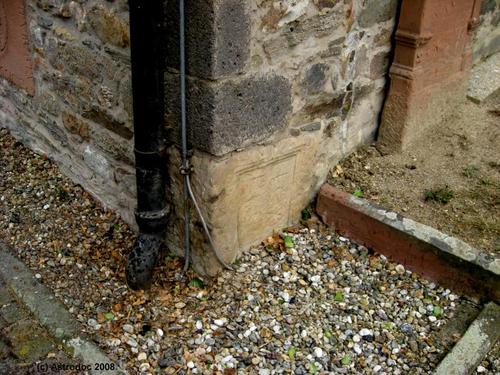 In short, there is a lot of precedence, a lot of good practice out there for the responsible, resourceful, and sustainable use of pre-loved, still perfectly good building material.

I for one am anxious to find out just what will become of the Miliband manifesto.

And undoubtedly the epigraphists of the future will be grateful for the job-creating potential that any creatively discarded and reused inscription holds for their research!

[I am grateful to Llewelyn Morgan (Oxford), who brought this story to my attention.]

Postscriptum: Here are two further classicists’ responses which are well worth reading, one by Maria Pretzler (Swansea) and one by Richard Rawles (Nottingham) – I had completely missed these before I wrote my own piece.

1 Response to Recycle for Britain