Posted on November 10, 2016 by Peter Kruschwitz 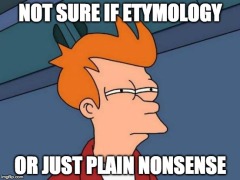 With a little (and really only just a little) too much time on my hands, I recently thought: why not enter terms that are on my mind a lot as search strings into the Packhum Latin database and see what happens.

People as smart as the Romans – surely they must have held their views on important affairs such as Brexit and President-elect Donald Trump…?

Sometimes serendipity strikes (or so it feels).

(…) Cerberus saw them, too,
Where he lay on the dark threshold, and reared his
Snarling heads. Fierce to the crowd that passes in,
His black neck was already swelling with menace,
Already he pawed at the bones littering the ground,
But the god soothed his bristling with Lethe’s wand,
And closed his adamantine eyes in triple slumber.

Then, on the side of the Alps towards Italy, are the Euganean races having the Latin rights, whose towns listed by Cato number 34. Among these are the Trumplini, a people that sold themselves together with their lands, and then the Camunni and a number of similar peoples, assigned to the jurisdiction of the neighbouring municipal towns.

Make of that what you will.