Posted on January 1, 2017 by Peter Kruschwitz

For at least thirty-nine people their desire to celebrate the new year ended fatally last night in Istanbul when a hitherto unidentified perpetrator marched into a nightclub and gunned down his victims. Another 69 or so have been injured.

In the face of such violence, such heinousness, such utter contempt for human life, words regularly fail me.

What is there to say?

What can make things better?

For the dead, for those who are left behind, for anyone else?

Considering the symbolic date of January 1st, the date that symbolises closure as well as new beginnings, I was reminded of a poem, inscribed on a marble tablet (undated) discovered in the city of Rome, from the cemetery of St. Agnes at the Via Nomentana (CIL VI 14578 (cf. p. 3515) = CIL VI 34083 = CLE 502). 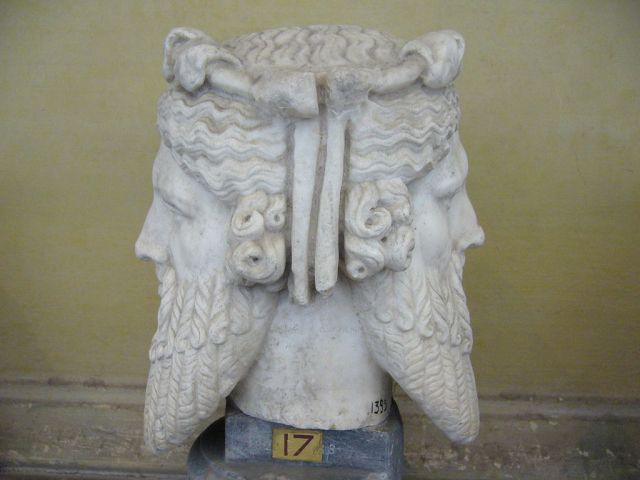 The inscription reads as follows:

To the Spirits of the Departed of Lucius Catellus Florus. Clodia Africana (had this made) for her most dutiful son.

Stranger, as by this tomb you read what has happened, pause and behold in how undignified a manner life was given to me. I lived twelve years for my sweetest mother, to whom I left weeping when I was snatched away, quickly, by a fate unjust, as I happened to celebrate the First of January, as my mother and my own sister led (me) to the festive temples of the cult, to worship, accompanied by friends.

Spirits of the Underworld, if my songs have any power, please show my family mercy, I beg, I pray, I ask, and mother, may you live in the world above for many years, may you always be fortunate, . . . . .

Lucius Catellus Florus was not the only unfortunate person for whom death on January 1st was recorded and commemorated in ancient Rome: I discussed a similar case before.

What strikes me about this piece, however, is the way in which death – and a very premature death at that – has forever been linked to, and contrasted with, the celebrations that the deceased’s family and friends were about to enjoy to mark the new year – celebrations that were supposed to be all about joy and hope, family and friends, not about bereavement and mourning.

What strikes me even more, though, is the remarkable resilience of this piece.

Instead of conveying a sense of despair and exasperation, the author of those lines, which are presented as though they were spoken by the deceased himself, makes a strong, unambiguously positive plea.

Using virtually every single Latin request formula available (quaeso, oro, precor, and rogo in the same sentence, addressing those who are left behind and the mother in particular), the authors urges its readers, through the power of song and magic (si quid mea carmina possunt, a famous Vergilian line – I briefly mention it here) must learn to remain positive, to embrace life ad superos, in the world above, for years to come – and always seek good fortune: sis felix semper.